Jake Maxwell is 12 years old and is in the 7th grade at West Wilson Middle School. He completed his 8th performance with CAST as Chad Charming in Descendants. He has also performed as Professor Callahan in Legally Blonde Jr., a Narrator in Beauty and the Beast, Mike Teevee in Willy Wonka Jr., the Caterpillar and the King in Alice in Wonderland, the Coroner in The Wizard of Oz, Father Christmas in The Lion, the Witch and the Wardrobe, and Bert Healy in Annie.

Last Christmas, Jake performed in the West Wilson Middle School’s Christmas Shorts as Crazy Hank and in the Spring Twinderella’s, Evil Stepfather. Jake has participated in his school talent show, playing a medley of music with his brother Joah in their band “The Bros.” Jake also has been playing the piano since he was 4 and is an avid Disney fan, Vanderbilt fan, loves the Nashville Predators, and Cincinnati Reds. Jake spends his spare time running, camping and drawing originals and he also loves playing video games with his friends. 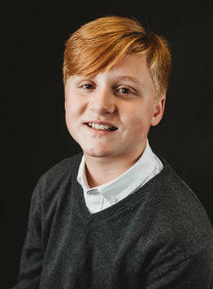